Lucius Quintus Cincinnatus Lamar II was a professor of law, a politician, and diplomat. He was a staunch opponent of Reconstruction, and did not consider freedmen and other black Americans fit to vote. He promoted “the supremacy of the unconquered and unconquerable Saxon race.” 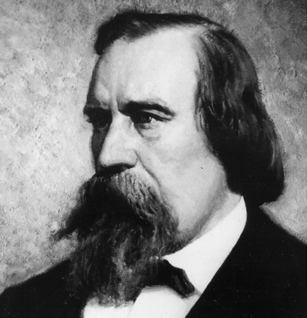 Despite that racist conviction he had an illustrious career. Lamar was confederate minister to Russia and special envoy to the United Kingdom and France. He also was a professor of metaphysics, social science and law. He served as a lieutenant colonel of the 19th Mississippi Infantry Regiment for one day. in 1856 he was elected to the United States House of Representatives  and served as United States Secretary of the Interior under President Grover Cleveland. From 1887, he was a justice of the Supreme Court of the United States, where he served until his death on January 23, 1893.

During an 1884–85 Geological Survey, Geologist Arnold Hague named the East Fork of the Yellowstone River in Yellowstone National Park the Lamar River in his honor.

One of these days the United States Board on Geographic Names may reconsider that questionable honor?