That was in 1806. By that time the bison were already in decline in the East. Within 75 years they were driven to extinction. 30 million bison may have roamed the prairies 200 years ago. That habitat is gone and has been replaced by farm land and urban environments. 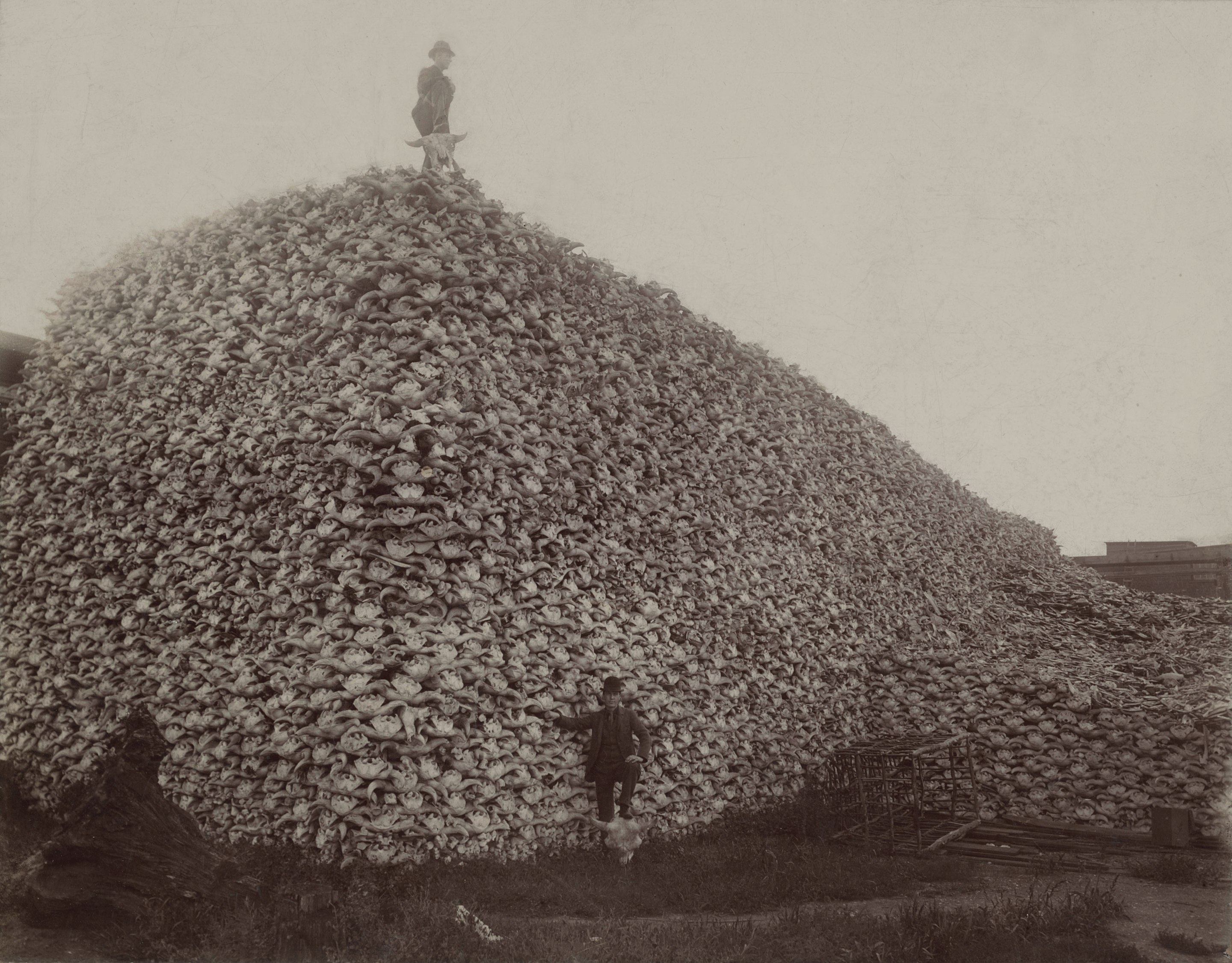 Public domain photograph from the 1870s of a pile of American bison skulls waiting to be ground for fertilizer.

It is estimated that about 5000 bison currently roam Yellowstone National Park. Every year hundreds of bison are culled from the park (slaughtered, out of public sight) or killed by hunters, when the bison migrate out of the park during winter time in search of food. What a shame. We can’t provide enough space for a species that is considered an American icon?

By court order the National Park Service has been put into a tight spot. The State of Montana sued the Park in 1995 to control the number of bison wandering across park boundaries. The state claimed bison may transfer brucellosis to cows. Not a single incidence of such a transfer has been documented. To the contrary, it was non-native domestic cattle that gave bison initially. The claim also meant, that bison could not simply be captured and transferred. They had to be killed. Since 2000 more than 5000 bison have been eliminated from the Park based on that agreement.

Since most of this happens away from public view, this goes on mostly unnoticed. Advocates, locals, reporters, rangers, and politicians know about it. I assume, most visitors of the Park do not.

The bison is the one and only species depicted on the emblem of the National Park Service. Bison, grizzlies, and geysers are the main draw of Yellowstone National Park. Yet, in the surrounding communities there is little love for this iconic animal. Maybe national parks are just zoos with a little larger enclosure. Let’s keep the wildlife inside! Outside? Not in my backyard.

3 thoughts on “On the Move”