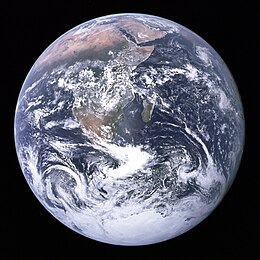 In celebration of Earth Day, I watched “The Martian”, as it portrays the ingenuity, curiosity, passion and compassion of mankind. It also begs the question, why do we look for other places to live in the universe? Shouldn’t we rather take good care of this one good planet we are on?

Today was also the March for Science, very appropriate at a time, when science is questioned or worse ignored by a growing portion of politicians and the general public. This is puzzling to me. Scientists spend years of their lives in search of new frontiers, often times at the expense of personal and financial gains. Why on Earth, would the general lay person dare to contradict scientific findings? Science is so complex these days that we should at least acknowledge scientific findings. The ethical, political, and financial concerns are a whole different story, but they should not confuse the scientific data.

When we are sick, we go see the doctor (most of us). We always can choose to do or not do what the doctor ordered. That’s different from saying the doc is a hack.

Science is not a hoax.

“I have to science the sh-t out of this.”

A day to celebrate? Hardly.

A day to remind us of our responsibility for this planet? Maybe.

A day like any other day? I believe so.

Yesterday was John Muir’s birthday. His conscience about conservation and the environment was born after an accident that nearly cost him his eyesight. At the time he was an avid inventor of mechanical devices. The accident had a profound effect on John. It was not the pain nor faintness that bothered him, it was the idea that he would never see a flower again.

I believe, humans are the first species that have the capacity to decide the fate of this planet. It is in our hands to decide, which living spaces we want to grant other species and us! Hence, every day is Earth Day. Our actions or lack thereof affect us, our children, and our environment today and in the future.

What did I do to celebrate Earth Day?

Well, that’s not much, given my current situation. There is no road. I have no car. Although it is below 20 degrees outside the house remains warm enough so that I don’t need to fire up the wood stove. During the day it warms up to 49 degrees Fahrenheit. Under a clear sky the sun feels more like 80 degrees. Is there such a thing as the Arctic Solar Factor? And shopping? The next store is 120 miles away and they don’t deliver right now. So, no big deal.

Although, I commend the institution of Earth Day, I think that it is not enough. We should have an Earth Year, followed by an Earth Century, where we give Mother Earth a reprieve from our abuse. I am not sure what we should or should not due to heal Earth, but I am sure we cannot keep going as we do now. We can, but it will be a crowded, artificial place and in the end wilderness and adventure will be distant memories.

What does the fox say?

“What did you do for Earth Day?”