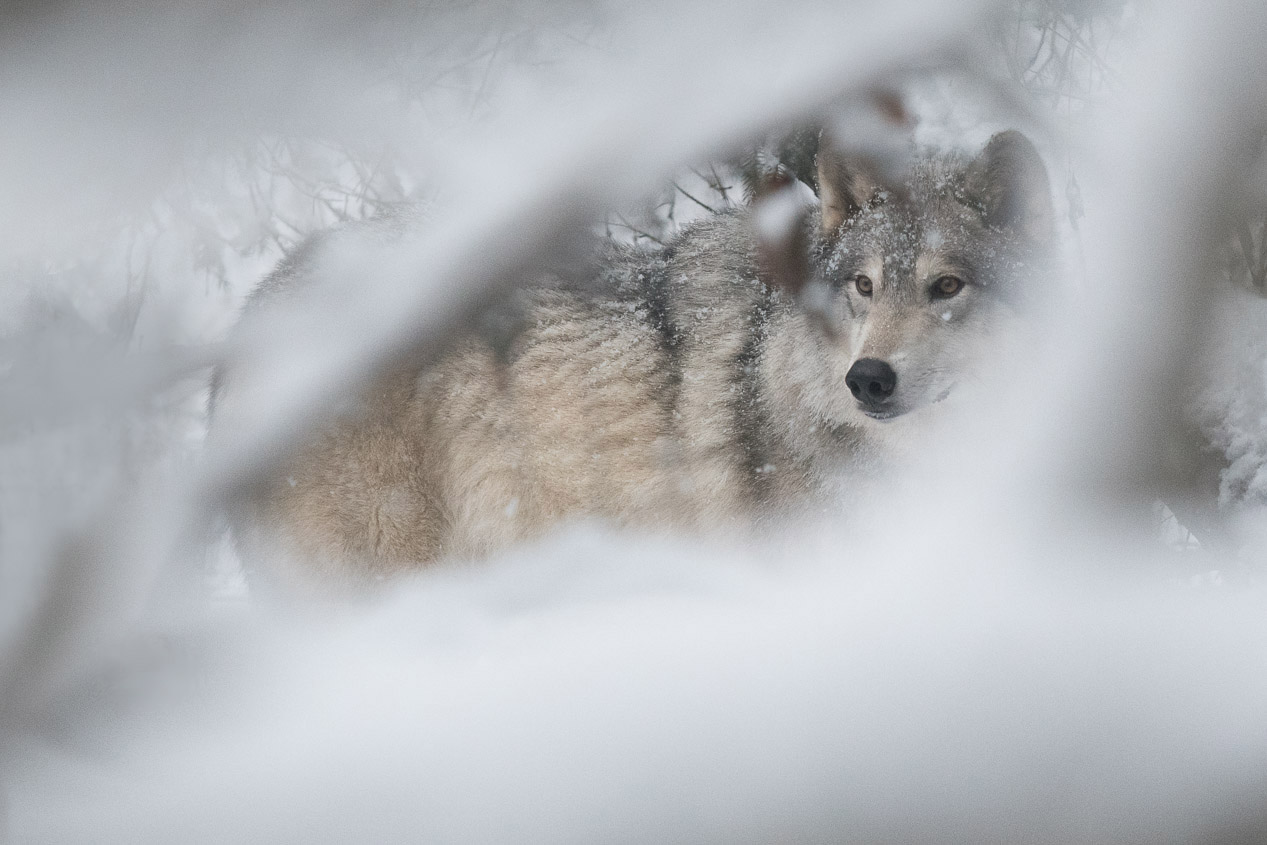 “Love the earth and sun and the animals, despise riches, give alms to every one that asks, stand up for the stupid and crazy, devote your income and labor to others, hate tyrants, argue not concerning God, have patience and indulgence toward the people, take off your hat to nothing known or unknown or to any man or number of men, go freely with powerful uneducated persons and with the young and with the mothers of families, read these leaves in the open air every season of every year of your life, re-examine all you have been told at school or church or in any book, dismiss whatever insults your own soul, and your very flesh shall be a great poem and have the richest fluency not only in its words but in the silent lines of its lips and face and between the lashes of your eyes and in every motion and joint of your body.”

What will the New Year bring?

More of the same?

Do I have a say in this? 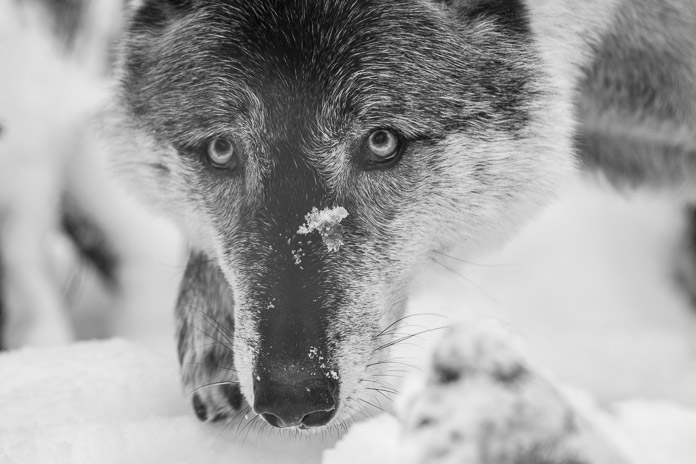 Hélėne Grimbaud was labeled an uncontrollable, unmanageable and unpredictable child. Good for her. I think, some of these traits helped her to succeed as a classical pianist later in life. “Wild Harmonies” is an account of her upbringing in France, concerts all over the world, and her move to the US. In Florida of all places she would have her first encounter with a wolf that changed her life. Her life and work between wolves and music make this unconventional biography a worthwhile read. I can only imagine what a pleasure it must be to read her book in French. The English translation is stellar.

Seeing a wolf in the wild is an unforgettable experience. They are magnificent animals. Native American tribes recognized the wolf for its extreme devotion to its family, and  drew parallels between the society of a wolf pack  and that of a tribe. Also, the wolf’s superior and cooperative hunting skills made it the envy of many tribes. Unfortunately, the rest of the world attached an undeserved stigma to the wolf. It has been severely diminished in many of his previous hunting grounds in the Northern hemisphere. Russia and Canada have the largest populations of the Gray Wolf.

“The caribou feeds the wolf, but it is the wolf who keeps the caribou strong.”

It’s been bugging me for a long time.

They say if you can’t change it, don’t sweat it, or something along those lines.

I do sweat it! 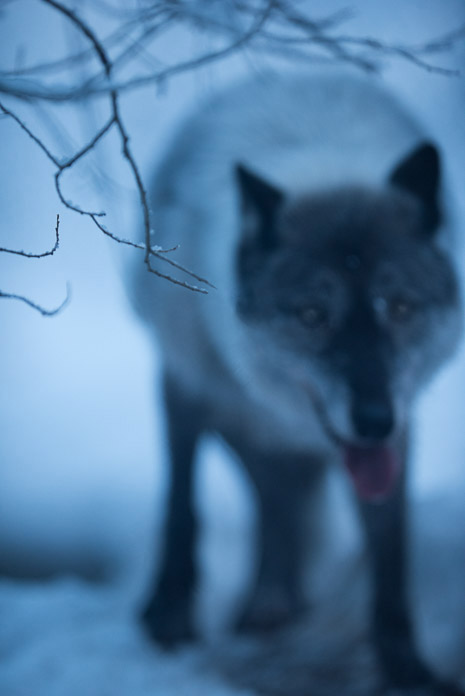 A few weeks ago U.S. Fish and Wildlife Service has denied recognizing protection for the Alexander Archipelago wolf.

“Our review of the best available scientific and commercial information indicates that the Alexander Archipelago wolf is not in danger of extinction (endangered) nor likely to become endangered within the foreseeable future (threatened), throughout all or a significant portion of its range. Therefore, we find that listing the Alexander Archipelago wolf as an endangered or threatened species under the Act is not warranted at this time.There is no agreement on whether these wolves represent a  subspecies that deserves protection.”

The Alexander Archipelago wolf (Canis lupus ligoni) is considered to be a distinct subspecies  that is isolated from other wolf populations by water and mountain barriers.

The US Fish and Wildlife Service suggests in a November Species Status Assessment that the Alexander Archipelago wolf population occupying Prince of Wales Island declined by 75 percent between 1994 and 2014, from 356 to 89 individuals.

The decision to not grant protection equates a death sentence to the Alexander Archipelago wolf population, which is met with approval by US Senator Lisa Murkowski (R) of Alaska: “The attempt by some environmental groups to list the wolf seemed to be an effort solely to end the last of the remaining timber industry in Southeast Alaska. Fortunately, it did not work.”

Are you still with me?

On other shores the Finnish Wildlife Agency has authorized to kill nearly 20 percent of the country’s wolf population in a controversial trial cull.

“We wish to gain experience (to see) if this could be one solution to the conflict around wolves,” Sauli Harkonen, a director tasked with hunting administration at the Finnish Wildlife Agency, told AFP.
What?

Despite a hunting ban poachers had decimated the total wolf population throughout the country’s vast and remote forests to between 120 and 135 animals in 2013, from an estimated 250 to 300 in 2007. One of the contrived arguments to have this hunt is the hope that it would reduce poaching, argh.

Since 2013, the wolf population has rebounded to around 250. Now they are ripe for the taking again.

Not for food. Too protect life stock or human life?

What this tells me is that arrogance, indifference, or other motivations in federal institutions lead to decisions with irreversible effects.

To tone it down. Why not err on the side of caution? A few hundred individuals of a species: Is that enough to guarantee the survival of the species? Are you sure?

What can I do?

Make you read about it.

Let me know if you have a better answer.

The recent killing of Cecil, a popular lion, in Zimbabwe has more than ruffled a few feathers so to speak. Until now the debate is limited to big game hunting in Africa. Some politicians are ready to jump in with new legislation concerning the import of game trophies from other countries.

What about trophy hunting in front of our own doorsteps? We allow the killing, sometimes also referred to as “harvesting”, of big game in the United States, without any intent for consumption of the meat. A selfie, bragging rights, a head mount or a pelt are the only intent for killing that animal.

We still have states that encourage and reward the killing of species, such as coyotes in UT, that we consider a pest. As a result, the occasional wolf ends up being shot without any consequences to the shooter, since  the laws state, if you shoot a wolf mistakenly, you are free to go. Hence, Echo, the first gray wolf to appear in the Grand Canyon after decades was killed by accident. The shooter went free, the female wolf is gone.

Now, the first gray wolf in years has been spotted in Northern California. Wolves once roamed the Coastal Range from San Diego to Sacramento, Shasta County and the central Sierra Nevada. Through a government funded extermination campaign in the 1920s Canis lupus was hunted to extinction. Today, the gray wolf is on California’s Endangered Species List.

What does that all say? Times are changing. We don’t live any more in a world of abundant wildlife. It is simply unethical to kill  animals for “sport”. Declining populations, such as the Alexander Archipelago wolf should be protected, period. Wildlife management as an oxymoron. It would mean, we know the correct population size and distribution of prey and predator. Instead, we manage based on monetary and other interest, not science, because there is no such thing as exact science when it comes to wildlife management that includes culling.

I’ll stop here, fully aware that no big game hunter will read this or the following:

Another species going extinct? Do you care? 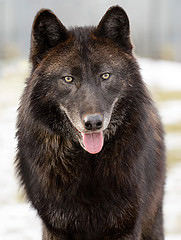 The Alaska Department of Fish and Game is planning a 2015-2016 trapping and hunting season on rare Alexander Archipelago wolves in the Prince of Wales Island area, despite scientific data confirming a 60 percent decline in the wolf population in just one year.

It is a long story in the making. Scientists argue whether the Alexander Archipelago wolf is a subspecies, administrators debate whether the wolf deserves to be on the Endangered Species list, hunters and trappers kill (harvest) wolves legally, and poachers take their share, too. All while this isolated wolf population is plummeting.

What can we do? If you want to sign a petition to

Director of the Division of Wildlife Conservation

at the Alaska Department of Fish and Game to implement emergency measures while administrators and scientists sort out their issues and opinions, please sign here.